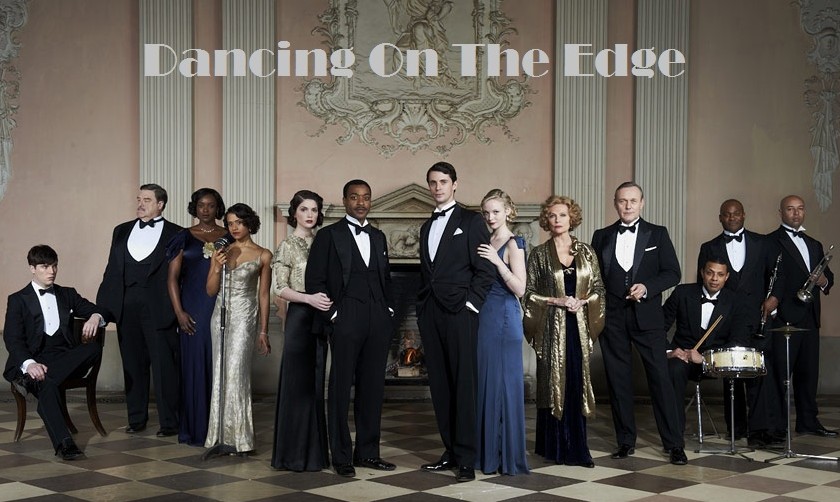 We have been swept into wistful longing for a spectacularly glamorous, by-gone era thanks to the new drama ‘Dancing on the Edge’ on BBC2. And little wonder. The whole feeling of the series evokes a nostalgic yearning for the quiet sophisticated style of 1930s London. We were particularly taken with the fabulous fashion flair exhibited by the costume designer, Lindsay Pugh, with her bold 1930’s fashion choices and how much they bore a resemblance to our own fashion-forward designer David Fielden who was featured in this month’s Vogue Sposa, and his stunning ’13 collection.

With his use of rich slipper satin, empire line, slim silhouettes and corded lace; his gowns have a definitive period feel to them.  With their classic cuts they exhibit a distinctly modern et à la mode elegance seemingly reflective of the era that was itself, obsessed with modernism. A particular likeness was struck with David Fielden’s #4626 gown and #4022 (see below) thanks to their refined elegance and sophistication. Dresses to be worn with poise and restrained glamour. 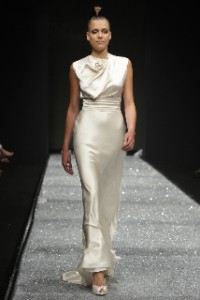 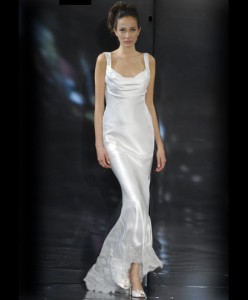